Program to Use Twitter, Facebook and Google to Identify and Notify Individuals in Tightly Connected Social Groups Who Have Been Exposed to Ebola Patients 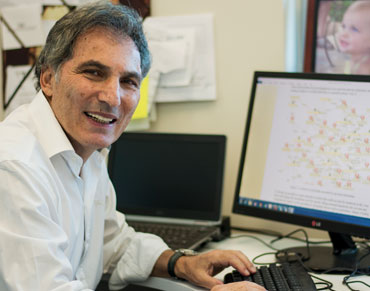 “Modeling Ebola Spread and Developing Decision Support Systems Using Big Data Analytics” is a one-year project at FAU and is supported by a $400,000 grant between coalition members. NSF RAPID response grants last one year. The funding mechanism is intended for research with an urgent need — as is the case with the widespread Ebola outbreak — and is often used for environmental disasters.
The program, under development, will use massive amounts of data from various sources including Twitter feeds, Facebook and Google. This data then will be fed into a decision support system that will model the spread pattern of the Ebola virus and create dynamic graphs and predictive diffusion models on the outcome and impact on either a specific person or a specific community. As a result of this research, computational spread models for Ebola in the U.S. will be created, potentially leading to more precise forward predictions of the disease propagation and tools to help identify individuals who are possibly infected, and perform trace-back analysis to locate the possible source of infection for a particular social group.
“Our program is being quickly developed to identify and visualize families and tightly connected social groups who have had some contact with an Ebola patient,” said Borko Furht, Ph.D., professor in the Department of Computer and Electrical Engineering and Computer Science at FAU, director of the NSF Center for Advanced Knowledge Enablement (CAKE) at FAU, and principal investigator of the grant. “Tracking and containing this disease requires enormous resources. Our system can be a proactive approach to reasonably reduce the risk of exposure of Ebola spread within a community or a geographic location.”
Furht is working with collaborators Hari Kalva, Ph.D., professor, Ankur Agarwal, Ph.D., associate professor, and Dingding Wang, Ph.D., assistant professor, Department of Computer and Electrical Engineering and Computer Science at FAU, as well as with LexisNexis Risk Solutions, a leading technology provider of essential information and a partner company of FAU’s CAKE.
In addition to using FAU’s Cloud computing system, FAU will leverage LexisNexis HPCC Systems®, the open-source, enterprise-proven platform for big data analysis and processing for large volumes of data in 24/7 environments.
LexisNexis will provide Furht and his collaborators with the big data needed to develop and model the program for Ebola spread patterns as well as with their expertise in big data analytics. The data will be completely secured and in compliance with the Centers for Disease Control and Prevention and the National Institute for Standards and Technology for transmission of public health information. The data will then be presented in the form of reports to responsible government agencies.
“This project is a prime example of the importance of industry and academic collaboration,” said Flavio Villanustre, M.D., vice president, LexisNexis Risk Solutions. “We are eager to work with FAU researchers and their collaborators to provide vital information that will support their efforts to develop important tools that will have a major impact on public safety and health.”
Furht and his collaborators also are developing a mobile interface that would allow the system to intelligently query the movement of the person and possible contacts in the areas affected by Ebola. Complying with privacy laws, the mobile decision support system also will have a notification mechanism that will further inform people about the level of the alert in their specific areas and caution them as to where there is a disease outbreak within a geographic location.
“For example, if a person affected with the Ebola virus was in a movie theater the previous day, a monitoring alert could be issued to the other people who came in contact with that person or who were in the vicinity and advise them to take precautionary measures and watch for any signs of the disease such as fever or headache,” said Furht 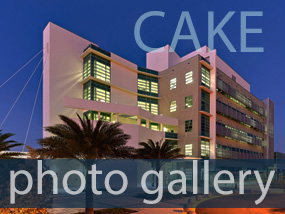